Disabled? Learn how to build a happy life through perseverance and faith

If you're disabled, you don't need me to tell you that even everyday life can be a hard battle. The struggle can seem doubly hard if you're single as well.

Whether you have multiple sclerosis, ADHD, muscular dystrophy, sight or hearing impairment, a war injury, a mobility disability, or any other type of disability, you can be certain that God does have a plan and purpose for your life.

On this inspiration-for-singles page, I want to inspire you with the story of a man who rose above his disability and built a happy, successful life for himself and his family, through hard work and the grace of God. I can swear that every word of this story is true, because it's the life of my father, John R. Zavada. 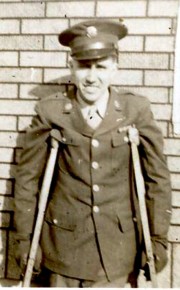 Both of his parents were immigrants from Czechoslovakia. The oldest son in a family of eight, he dropped out of high school during the Great Depression to help his father support the family.

While he was working at the local hospital as a janitor and kitchen helper, his buddies started calling him "Doc," a nickname that stuck with him for the rest of his life.

The United States entered World War II in 1941, and Doc was drafted into the Army.

He first saw combat in North Africa, where the Allies were fighting the Germans under Field Marshal Erwin Rommel, "The Desert Fox." After that campaign, his unit landed in Italy, in the invasion at Anzio.

Shortly after, his life changed forever.

Doc was serving as a scout along the banks of the Arno River, as the American troops approached the city of Florence. Suddenly a deafening explosion blew him into the air. He had stepped on a hidden land mine. The Germans attacked in an ambush but another soldier dragged Doc back to safety. For Doc, the war was over, but his personal fight had just begun.

The mine had blown off part of his foot and lodged shrapnel in several parts of his body. Nicknamed "Bouncing Betties" by the G.I.s, these mines contained an additional charge timed to go off about waist high. Miraculously, the second part of this mine had not exploded.

Doc was taken back to the States on a hospital ship, then transferred to an Army hospital in Chicago, Illinois, about 100 miles from his home town. Surgery and rehabilitation lasted two years. He learned to walk again with a special orthopedic shoe, but his ankle was fused and would not bend. The Veterans' Administration classified him as 50 percent disabled. 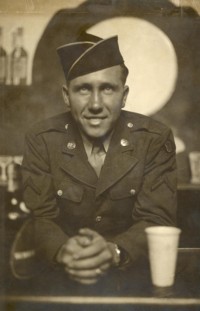 After returning to Streator, Illinois, he went back to the factory job he had held before the War. But it was considerably harder for him now.

He met a pretty young girl named Shirley, they started to date and fell in love. But when they got engaged, Shirley's parents had doubts that a disabled man would be able to support her and a family. What would happen if his wound started giving him trouble? they asked.

But Shirley saw beyond the disability to a man whose spirit would never be disabled.

They married in 1946, and in 1948 their first son, David, was born. But Doc's wound did give him problems again, and a couple years later he had to spend three more months in a veterans' hospital for skin grafts and further surgery. In 1951, their second son, Jack, was born (that's me, if you've been paying attention).

By then Doc was working at a glass bottle factory. It was a hot, dirty, demanding job, but he privately vowed to do whatever it took to support his family. As a matter of pride, he did not want his wife working outside their home. His conscientiousness paid off and after several years he was promoted to shift foreman, with a dozen men working under him.

Dad loved to fish, and every summer he took our family on a two-week fishing vacation in Minnesota. Money may have been tight in my childhood, but two things that were plentiful in our family were love and laughter.

After working 35 years in the bottle factory, Doc retired at 58, a remarkable feat in 1982 for a blue-collar worker. He and Shirley spent a month in sunny Florida every winter and still took a week's vacation in Minnesota or Wisconsin in the summer.

David served four years in the U.S. Navy during the Vietnam War, was honorably discharged and became a printer. I went to college--but you already know my story.

Doc passed away from cancer (unrelated to his disability) in 1995, at the age of 71.

As my mother Shirley, Dave and I stood by his casket at the visitation service, we were stunned when the men he had supervised at the bottle factory came in. He had retired 13 years earlier and had not seen some of these men since then, but these tough, rugged fellows, some with tears in their eyes, came to see Doc one last time.

So what can you and I--disabled or not--take away from the life of this man? I believe there are four important lessons:

1. Happiness and love are still possible

My Dad wouldn't let his disability stop him from getting what we all desire most, love and happiness. He was disabled, but never considered himself handicapped.

He made a decision, early on, to live as normal a life as possible, despite his disability. At times he had to accept limitations, but he refused to give in to negativity.

When we are tempted to complain, we're focusing on what we've lost or what we don't have. But if we fix our attention on all the good things we do have, our life will be much happier.

Whether you're disabled or not, there is someone who will love you and spend their life with you. That is the truth; never give up on it.

2. We're all capable of more than we think

There's a very real temptation in life to sell yourself short. My Dad never used his disability as an excuse. He was realistic and knew his disability prevented him from doing certain things. But we can all find something we are capable of doing and excel at it. Some of society's greatest advances have been made by disabled people who established a goal and relentlessly pursued it.

We have a false sense of heroism. We may think that because we haven't done anything that involved danger, that we're not a hero. But real courage and heroism are born in triumphing over life's everyday struggles. There are no parades, no fanfare, no medals. And yet, if you have done your duty and won out over your fears and doubts, you're a winner. You're a hero. You have been tested and have passed the tests. Give yourself credit for your victories, no matter how small they may seem. 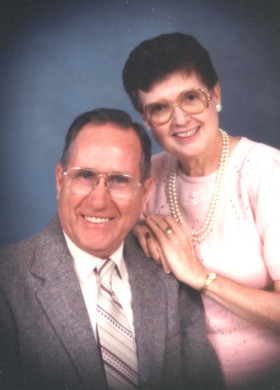 4. Christ makes all the difference

The most important lesson my Dad's life taught me is that a disabled person who has Jesus Christ is many times stronger than an able-bodied person who does not have Christ.

The only time my Dad missed church was when he was too sick to get out of bed. He treated everyone with kindness and respect. His faith in God was what carried him through the hardest times of his life.

In a sense, we all have some disability, whether seen or unseen. But it is God who makes us able. All the great men and women of the Bible knew that.

Your body may be less than you would like, but your soul can be an invincible, mighty warrior if you allow Christ to strengthen you.

This was my father's greatest gift to me, and I pray that you will take this truth and make it your own in your life, too.

Inspire-O-Gram, the FREE monthly e-newsletter from this site, is filled with encouraging articles like the one above, a monthly poem, quotations, and other info to give your spirits a boost.  There's no charge, you can unsubscribe any time you wish, and we DO NOT share our mailing list with anyone.  Period.

Just fill out the form below and submit to start receiving Inspire-O-Gram, with next month's issue!

Return to top of Disabled page. 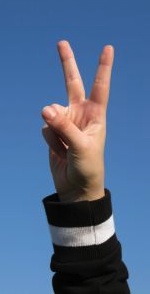 How to ACHIEVE YOUR GOALS 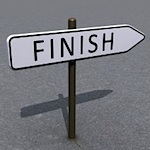 What's your PURPOSE in life? 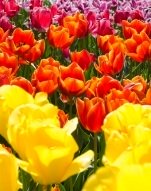 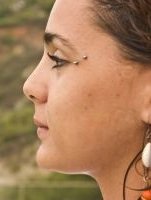