Being cynical is a condition
all singles must guard against 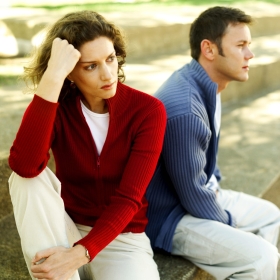 Many singles have drifted toward being cynical because of all the disillusionment they've suffered, and that can be an extremely dangerous attitude.

Too many of us confuse cynicism with sophistication. We may think that optimism is naive. We excuse our critical attitude toward the world as our right, as if we're entitled to be sarcastic because we've survived so many disappointments.

Hey! Get over it!

If you're a Christian single, cynicism not only limits your possibilities, it also ruins your witness.

I'll confess that many years ago, I slipped into a harsh, cynical attitude. I couldn't see good in anything.

My job made me suspicious of everyone

I had taken a couple major disappointments in my personal life, but much of my bad disposition stemmed from my job. I was a police and government reporter on a daily newspaper, and I got an up-close view of all the wickedness people can inflict on one another.

One day I woke up and didn't like my outlook on life. I decided to change by quitting that job and going back to college to get my master's degree. I still have cynical tendencies--especially when it comes to politicians--but I'm much better than I was.

Cynicism makes you unattractive to the opposite sex.

It's true. Who wants to hang out with somebody who picks at everything? I don't think even two cynics can tolerate each other's company very long. It makes for a gloomy, gray-tinged life.

You may be the source of much of your own unhappiness, as I was, because you've conditioned yourself to be pessimistic and resentful.

If life's bumps and bruises have led you to down this crooked path, here are a few tips if you've thought your cynicism was cool:

Your friends can determine your direction

Cynics and complainers often gather for a gripe-fest, and when you walk away, you feel worse than you did before. Sometimes to change yourself, you have to change your friends. If they don't see any point in improving their outlook, odds are they're not going to support you when you try to change. You want to hang with friends who pull you up, not drag you down.

Being cynical rarely results in any improvement. In fact, such an attitude usually prevents improvement by asking, "What's the use?" Optimism, hope, and the belief that things can be changed for the better lead to a happier, more fulfilling life. Being cynical only leads to more of the same.

"This train's on the wrong track"

Take it from me. This train of suspicion and bitterness is going to a destination you don't want. Get off before you get there!

You won't stop being cynical overnight, just as I didn't, and I'm still cynical about some things today. But I've been patient with myself after setbacks, I've worked hard on changing my attitude, and I'm enjoying life more because of it.

I try to give people the benefit of the doubt. If there's something I don't like in my own life, I work to change it, and if I can't, like a medical condition, I teach myself to live with it. That takes perseverance, but it's worth it.

Being cynical is like looking at your life through a pair of dirty, smeared-up eyeglasses. It's not what you're seeing that's bad, it's the way you're seeing it. Clean up your perspective and your life will start to look much, much better.

Return to top of being cynical page.

DEBT dragging you down?

Grab yourself some PEACE OF MIND!

DISABLED or know someone who is?