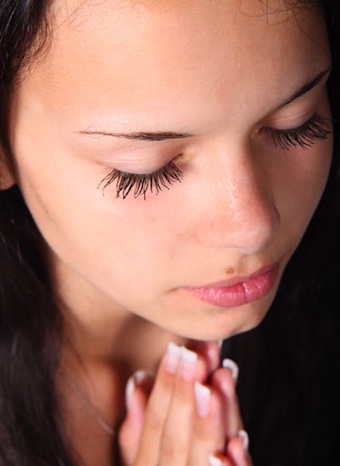 Being unable to pray is a discouraging feeling. We often reach that point when our situation seems hopeless.

If you're single, you may have reached that state after years of praying for a spouse. Your prayers haven't been answered, and you feel as if God doesn't care.

Christians believe that if there's one thing we should be good at, it's prayer. We think that if we're not an accomplished pray-er, there's something wrong with us. Usually what's wrong is that we're being influenced by our imagination instead of the truth.

When you're upset, or feeling rattled, it doesn't take much for your mind to jump from one subject to another.  You find it hard to concentrate.  The more you try to focus on God, the more frustrated you get.

Panic and guilt can set in quickly

Do you feel guilty when you're suffering from spiritual barrenness? That's extra stress that you don't need.

On top of this guilt, you may have a sense of panic. Your imagination tells you that because you're unable to pray, God can't help you. That's exactly what Satan would like you to believe, isn't it?

One fear builds on another until you're so agitated that your mind is out of control, running this way and that, all the while with an underlying dread that you're completely alone and helpless.

Find power in The Name alone

I was in that exact state when I was fighting cancer, many years ago. I was unable to pray. Physically exhausted from radiation therapy, I was at one of the lowest points in my life. When I wasn't afraid, I was just empty.

That's when I started praying the Jesus Prayer.

You mentally repeat the name of Jesus, over and over. You cut off runaway thoughts with this one simple word.

You short-circuit your fear because you can't think of two things at the same time. Don't let Satan get a word in edgewise.

This is not a mantra. It's not a magic word. It's a powerful cry to your Savior, and he always comes when his children call his name. Don't add any other words to it.

Don't try to explain yourself, apologize, or try to force yourself to state your request. Jesus knows what you need. He responds to your calling his name.

Unable to pray? Don't get distracted

When you start the Jesus Prayer, you'll be tempted to add something to his name. Don't. Just keeping repeating it, but don't mentally shout it. He can hear you, even if it's a mental whisper.

As you enter this prayer, you'll be repeating his name quickly, like machine gun fire. That's all right. Eventually, though, you'll probably slow down. You'll feel calmer. Jesus will put his hand on your shoulder and give you a feeling of confidence and assurance.

A random distraction will try to squeeze in. Don't let it. Just peacefully repeat the name of Jesus.

Soon, you may even be able to rest in God. Whenever feelings of anxiety or discouragement intrude, calmly repeat the name of Jesus.

Some conversation needs no words

When two people who love each other are together, words are sometimes unnecessary. The mere security of togetherness overrides the need to talk. There's a beautiful enjoyment of each other's presence.

That's how it is between you and Jesus. So don't be afraid if you're unable to pray. Your inability is a prayer in itself. It's a silent cry to God that you need his help. He doesn't set quotas on how many prayers you offer to him or how eloquent they are. He's interested in your sincerity and the desires of your heart.

How good it is that we worship a gracious God who understands us so well. Sometimes your truest prayers are the ones that are never spoken.

Return to top of Unable to Pray

What's this Jesus stuff all about, anyway? 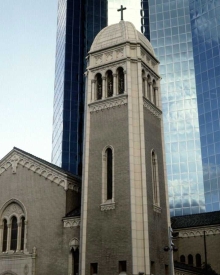