Does rationalizing play a big part in your life?

We all do it, only in different areas and to different degrees. Rationalizing is how we justify our bad behavior or beliefs.

On the surface, our reasons sound logical and plausible--at least to us--but our friends and family may see through them as a sophisticated way of making excuses. If we're getting in our own way, this tactic seems to legitimize that.

We close in on spiritual maturity when we start taking responsibility for our own situation. We're not always to blame, of course.

But many single people do things that get them in trouble, they do them repeatedly, and they make excuses when they do them. A good example is abusing alcohol.

Some people shouldn't drink at all. When they do, they don't know when to stop, they become obnoxious or crude, and they drive drunk, endangering themselves and others. They may rationalize their drinking, saying that alcohol is a legal substance and they have the right to relieve their stress by using it.

"Hello, sin? Are you still there?"

Here's a novel thought: All bad behavior is sin, whether it harms another person or only yourself.

In the enlightened 21st century, we don't like the word "sin." It seems like a concept from medieval times, like witch hunts and the Inquisition. It sounds too judgmental.

A surprisingly large number of pastors don't use the word "sin" any more. They may call it mistakes, lapses, transgressions, errors in judgment, failings or a dozen other politically correct terms. There's only one problem with that, though:

Jesus called sin what it is: sin.

He saw plenty of rationalizing, even in his day, and he took a dim view of it. That tells us something. We shouldn't make excuses for sin today, either.

Down the crooked road of making excuses

If we're honest enough to admit that we do cause some of our own problems, then we need to see that making bogus excuses doesn't help us solve them. In fact, it leads us away from the true solution.

When we try to justify our bad behavior as if we're somehow entitled to it by our circumstances or our past (a popular defense in criminal trials), it takes the responsibility off us and places it on society.

This psychological buck-passing has been going on since Adam and Eve. So we have churches full of wounded people, many of whom have gone through years of counseling, who remain in their victim role instead of moving on.

Lest you think I'm grossly insensitive, I'll confess that I spent a large chunk of my own life as a self-proclaimed victim who thought life, God, and everything else had been unfair to me.

Is there some useful advice here?

You don't come here for bashing, and that's not what inspiration-for-singles is about. I want this site to be helpful and comforting to you.

My point is that this is dangerous, deadly behavior. It lets us make allowances for doing wrong. It prevents us from confronting the true causes of our problems so we can effectively deal with them. It keeps us in a sort of limbo, not quite in the past but not moving into the future either.

Millions of people won't become Christians because they refuse to admit that they're sinners and need Jesus to save them.

Millions of Christians are involved in sinful acts but rationalize them away because they're "not as bad as murder or adultery."

Instead of telling you to 'fess up and get real, let me paraphrase America's 16th president, Abraham Lincoln:

Christ died to save us from our sins, including wrong behavior and the rationalizing of it. He stands ready to forgive us and get us back on the right path. He wants us to stop being our own worst enemy and get out of our own way, so he can be our best friend.

The good news is that we don't have to make excuses with him. He sees through them anyway, so they're a waste of time. He doesn't expect us to be sinless, but he does expect us to be honest with him.

So be an adult. Recognize your rationalizing for what it is. Don't beat yourself up over it. But do make a decision to stop it so you can lead an authentic life.

This doesn't have to be a traumatic experience. See it as your spiritual awakening. When you realize that a loving, forgiving Savior is 100% on your side, your need for rationalizing will eventually come to an end. 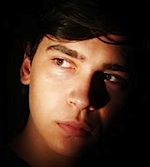 The honest way to ACHIEVE YOUR GOALS

So who is this JESUS, anyway?