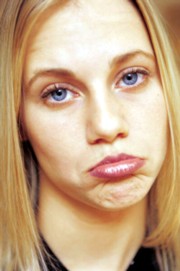 Self-pity is a touchy subject, especially with singles.

There's a fine line between legitimate suffering and trying to use suffering, real or imagined, to evoke sympathy from others. Sympathy can feel good, especially to neglected singles.

Most of the time, being unmarried is a difficult experience. We have problems married folks don't, whether it's psychological or financial. Married people, especially pastors, quickly forget what single life is like. However, that doesn't give us the right to milk our situation to draw attention to ourselves. So what is a reasonable attitude for singles?

Self-pity is an indulgence

It's easy to slip into this emotion when things aren't going the way you'd like. I've done it many times in my life, and I still fall into it, even though I try to watch myself closer now.

Moping around like this is a bit like chocolate: it's an indulgence that feels great at the moment, but it can have bad consequences. You may not get fat from feeling sorry for yourself, but you can run off people you'd like to know better--even a possible mate.

The sympathy we receive feels good. It's recognition, even though our motive for it is wrong. We want people to acknowledge our misery, even if that misery is sometimes self-induced or exaggerated.

We singles don't get the consideration we think we deserve, so we pull these little tricks to get people to make over us.

If you've ever listened to someone complaining at work, usually they want others to agree that they were treated unfairly. That happens, but if this same person constantly complains along those lines, you eventually figure out they've got some sort of persecution complex.

Or else they're just a whiner.

Nobody likes a whiner. I don't even like it when my dog does it. It's unattractive in singles, that's for sure.

Self-pity as a response to life is wrong

As I've said elsewhere on this site, frequently life stinks. Well, I'm sorry, but it's true. Once you get that through your head, you won't be as shocked on the occasions when your life stinks. Only the immature believe things should be rosy all the time.

Those immature folks often respond to life's stinky times with yammering. "Oh, woe is me. Life is so unfair. I never get a break. How could this happen to me?"

Bad things happen to all of us. Nobody, nobody, is immune.

Here's the kicker. Moaning about it feels good for a while, but it doesn't help. Eventually it only makes things worse, because it puts the focus on you instead of changing the situation or solving the problem.

Next time you're tempted toward self-pity

This kind of self-centeredness is a danger we singles have to constantly guard ourselves against. It feels natural, and by golly, we are treated unfairly. Maybe so, but next time you're tempted to tell everybody the world is ganging up on you, consider what you want first. Do you want a trainload of sympathy, or do you want things to be different?

Most of the time, the people who are treated right are the ones who stand up for themselves. Now if you have an accident, a disease, or are injured in some way, keep thinking about what you want. You want things to be better, and grumbling rarely accomplishes that. It takes action.

Find out what it will take to improve things and start doing it, if only a little bit at a time. We all get knocked down. It's not how pitifully you describe it that counts, it's how many times you get back up.

Self-pity is a luxury we singles just can't afford. Work to chase it out of your life.

Return to top of self-pity page. 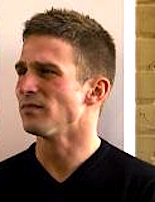 Rationalizing is NOT the way to live life. 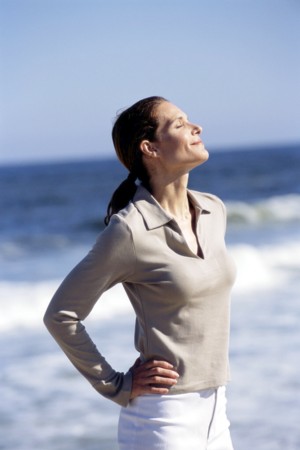 Compete with yourself for a happier you!

How to DO something about it!