Too much drama? Use these 5 tips to gain more peace 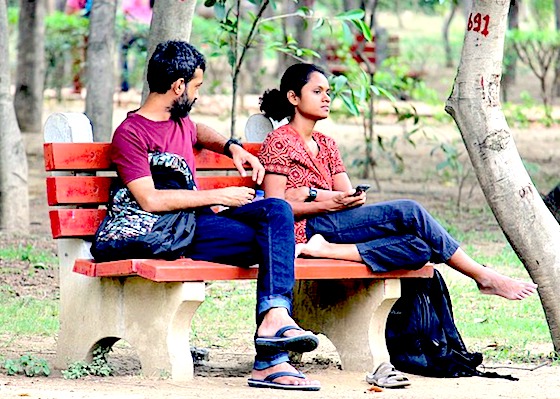 Too much drama seems to be a common problem for singles. Their lives are a battlefield of aggravation instead of a source of happiness.

If this out-of-control scenario describes your life, it's time to do something about it. Maybe you've participated in drama so long that you think that's how life has to be. Not so.

There's calm if you want to pursue it, but it will take effort. Nothing valuable comes without struggle, but the rewards are so worthwhile that once you experience them, you'll do whatever is needed to keep them.

Let's see how things went wrong and how to put them back on track.

Our fast-paced, tech-dominated world is one source of too much drama. Information is coming at us like it's gushing out of a firehose. We can't process it fast enough. If you believe you have to keep up, you're going to feel anxious.

We want to do too much. We cram our days and nights with so much activity that it's impossible to get it all done. The result is stress and depression.

Somebody's always telling us we "must" do something. If it's not our boss, it's relatives, friends, TV commercials, fashion police, and sometimes even our church. The pressure to perform perfectly is tremendous.

Relationships are demanding because people are demanding. When too many want your time and attention, some of them are going to be disappointed when you can't satisfy them. And they're going to let you know it, and try to make you feel guilty in the process. When you try to defend yourself and an argument starts, instant drama! 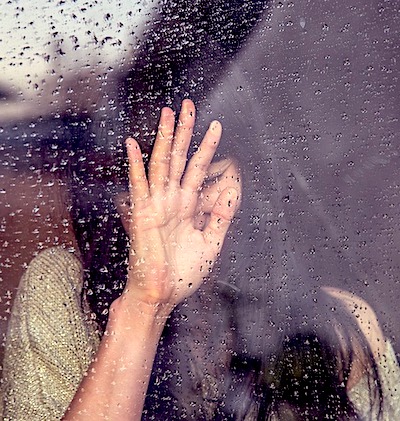 Life is unpredictable. If you don't prepare, a crisis can catch you off guard. This is especially true when an unexpected bill pops up. More drama.

Material possessions need maintenance. We tend to neglect our car until it's too late. Then, the way we get to our job, get groceries, go to the bank won't cooperate. Drama!

Our bodies need maintenance too, with healthy eating, sufficient sleep, and regular visits to the doctor and dentist. Ignore any of that and you're guaranteed to have trouble. Being down sick is big-time drama.

It sounds pretty hopeless, doesn't it? All those factors can pile up, and you just don't have the physical, emotional, and financial resources to deal with them. What do you do? There is a way out, but it's gradual. You can't stop too much drama all at once. This is a situation that took years to develop and will take years to fix.

Here's the hard question:  Do you want to be a victim of drama the rest of your life, or do you want to start to eliminate it?

5 ways to cut too much drama

If there's too much drama in your life, you have to make some hard choices. Some will involve other people, some will involve yourself. Either way, somebody's not going to be happy, and that somebody might be you.

If, so far, you've been unable to look at your situation objectively, these five pointers can give you a start. Proceed slowly and carefully. It's important to consider the consequences before you take any action.

Toxic people get you in trouble. They're a source of too much drama. They encourage you to make irresponsible decisions and do things you're sorry for later. They habitually borrow money, your car, or other things. You'll recognize them because they have lots of excuses. When a toxic person says "I'm sorry," they don't really mean it because they never change their behavior. They eat up a lot of your time and energy. While a toxic person may claim to be your friend, they seldom give you much in return, except grief. Once you identify them, you must decide whether you want to limit your contacts with them or get them out of your life altogether.

We all overreact at times. But when you blow up over small things every day, the problem is looking at you in the mirror. At some point, each of us has to stop being our own worst enemy. You know how to put the brakes on in your car to avoid slamming into the vehicle ahead of you; learn how to apply your emotional brakes to keep from ramming into petty annoyances. Nobody wants to admit they're a Drama Queen or Drama King, but sometimes that's the case. Willpower can prevent you from losing your patience, if you're truly determined.

Before you make a decision or take action, use your imagination (or a pencil and paper) and list all the possible consequences. Don't ignore the bad ones. It's always easier to prevent a mess than it is to clean one up. Most people wouldn't be in prison if they had seriously considered the consequences first. Many people would be better off if they had thought of the results of unhealthy choices. Think, think before you do something. Impulsiveness has gotten people in lots of trouble that could have been avoided.

4. Set up an emergency fund.

Too much drama happens over money, or lack of it. Emergencies come up and you don't have anything saved to deal with it. Even if you're living paycheck to paycheck, you can manage to set up an emergency fund if you really want to. I did it on my first job, and boy was I glad I did. It all comes down to denying yourself things. Even small amounts put aside weekly gradually add up. There are few feelings better in life than facing a financial crisis and having enough money saved up to fix it. You'll eliminate so much worry from your life than the self-denial will be well worth it.

A single person who lives a godless life is alone when suffering comes. Friends and relatives can help up to a certain point, but God can supply you with an inner strength you can't get anywhere else. What's more, Jesus is the only way to heaven. Being so "sophisticated" that you don't believe in God is denial. Those who think Christians are stupid, naive, or gullible, should try reading some of the writings of former atheist C.S. Lewis. He challenges the sharpest intellect. Getting God, or focussing more intently on God tends to eliminate the pettiness from your life.

You can overcome too much drama 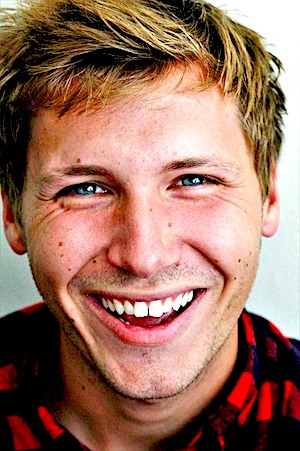 Cutting back on the havoc in your life is doable. But first you have to see the damaging effect it’s having on you, then you have to make this a priority goal. Moving toward a peaceful life takes vigilance. A half-hearted effort won’t cut it. Once you get fed up with the disorder, however, you’re in position to use the five methods above to attack it.

Your friends or family may wonder what’s happened to you. Some who thrive on drama may be shocked when you don’t go along with the usual routine. Remember, this is your physical health and sanity we’re talking about here. You can’t live on this merry-go-round forever. You either have to get off yourself and change your ways or risk being thrown off and crashing. Crashing is not good.

A tranquil existence is possible. The degree of calmness you achieve depends on how serious you are. A serene life can be yours. God will help you find it. Haven’t you had enough of the craziness?

Return to top of too much drama.

Can this book change your life? 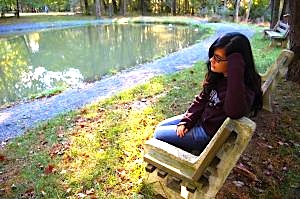 Worried about what others think? 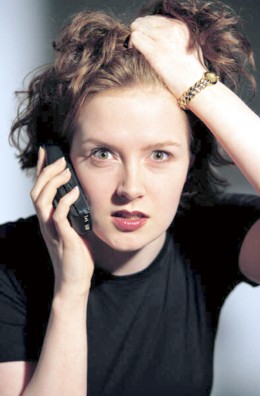 How to recover from mistakes 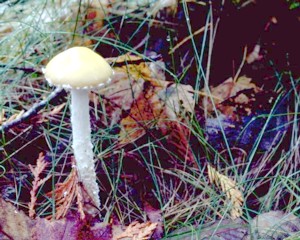 Tips for making a fresh start 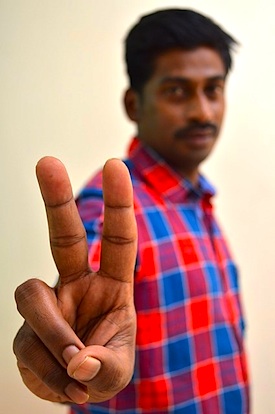 Break free of what's holding you back 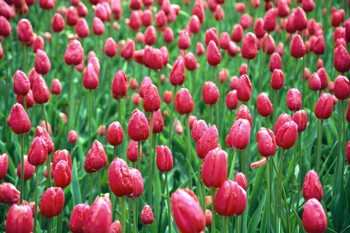 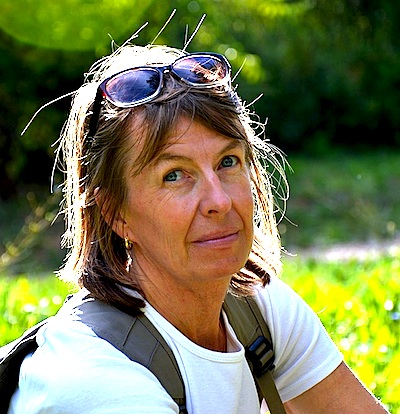 Got a chip on your shoulder? 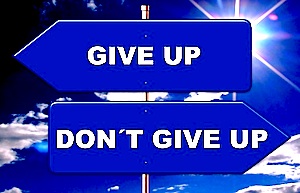 When you're fed up with hurting 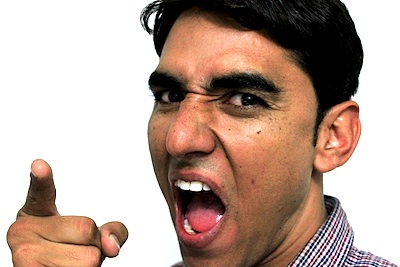 Why is there so much hate? 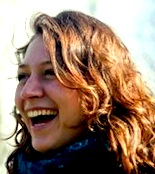 WHAT is this girl laughing at?